Please tag any GitHub issues regarding v6.0.0 with [v6] in the title.

This version is effectively a re-write with the goal of splitting every module into it's own package (simplifies maintenance for contributors and also installation for users) and additionally brings each Firebase module up to ~95+% testing coverage and 100% Firebase API Coverage.

Many of the manual native installation steps for Android & iOS have been removed and internally automated with most modules now just 'install and go'.

The following modules are currently migration only for now (migrated from v5 to v6 with minimal changes), what this means:

Where is the Notifications library?

Please see this issue for the latest on notifications.

AdMob has undergone a full rewrite to keep up-to-date with the latest changes and APIs. The JavaScript API interface has been modified from v5 to provider a simpler, cleaner way to manage ads.

Cloud Firestore has undergone a complete overhaul of both JavaScript & native code, including a re-write of bridge serialization, support for new features & heavy test coverage.

The Performance Monitoring API has had a significant API change as originally highlighted would happen in the v5.x.x docs:

The Realtime Database module has had a large re-write, fixing various inconsistencies against the web SDK, along with improving data serialization on the native side by moving intensive serialization work off the UI thread.

The Remote Config API has had a significant API change as originally highlighted would happen in the v5.x.x docs:

Note: Multi-apps is not yet supported as the Firebase iOS SDK is missing support for it. 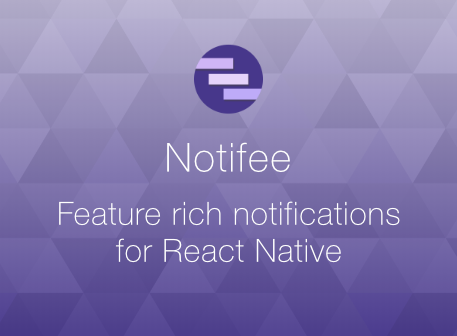